Forgotten Tasmania Episode 7 is out!

Forgotten Tasmania Episode 7 is out!

In this series, I tell forgotten stories about Tasmania through the photos in the Beattie’s Studio Collection. This episode is about the GPO. It is based on photo number 42 from our collection; 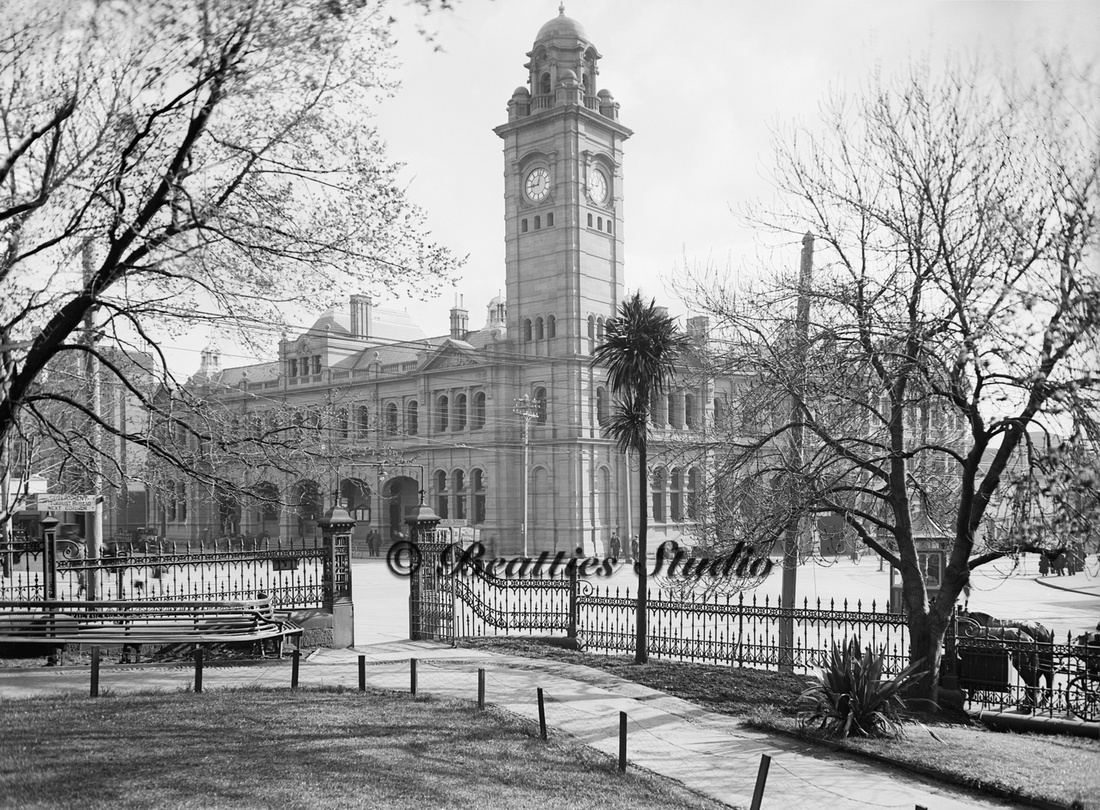 The GPO has been a constant in my life, but also a constant for Hobart. Here I go getting political again, but over the years as some of our historic buildings have been demolished to make way for change, the GPO has remained pretty much the same, and that makes me happy.

There were mail services in Hobart Town immediately it was established in 1804. Mostly mail was carried by ships and payment was made in kind; barter or trade. In 1812 Governor Davey appointed John Beaumont to the position of Post Master General, but he resigned to take a job with actual money. Postal fees being his only income, so perhaps the position wasn’t as high up as the title suggests.

In 1814 James Mitchell, a deputy to Isaac Nichols the Post Master General of New South Wales, operated a post office from his house on the corner of Argyle and Macquarie streets until 1818, when it moved to Collins Street and then to Murray Street in 1822.

By 1835 there were three mail deliveries every day except Sunday. In those days a letter took 225 days to get from Hobart to London.

The corner of Macquarie and Elizabeth Streets where the GPO stands today was not always the site of the post office in Hobart. In 1818 that piece of land was owned by the Lord family and referred to as Lord’s corner. Mr David Lord built a house there around 1820 and it is said he kept a tame eagle chained to the main gate on Macquarie Street to guard over the entrance. It was a private house until it was acquired by the government in 1901 and demolished to make way for the current GPO building. Judging by the newspaper articles, in 1901 the people of Hobart Town were just as unhappy about their old buildings being torn down as they are today.

There was a competition to design the new building and local architect Alan Cameron Walker was selected over 8 other entrants to provide the design. Walker was educated at Hutchins school and had apprenticed to Henry Hunter. He went on to have a successful career as an architect designing many, many buildings around Australia.

The GPO cost 35,000 pounds to construct. The foundation stone was laid by the Duke of York who went on to become King George V. The Commonwealth Government refused to pay for the clock tower and so 1465 pounds was raised by public subscription to fund that final stage which officially opened on 22/6/1906.

The clock was made by Fritz Ziegler of Melbourne and has traditional Westminster chimes. The bells were made in England by Taylor and Sons.

Six years later in 1912, Roald Amundsen sent his famous telegram to the King of Norway announcing the first successful trip to the South Pole. The photos of that expedition were developed by John Watt Beattie as Amundsen would trust his glass plates to no other.

Over the years, the building has been renovated a little, they added a wheelchair ramp and moved the private box area around a bit. Elizabeth Street outside is now a bus mall and I can’t park there anymore. I’m a touch obsessed with the GPO and I’ve taken more than a few photos of it.

In the collection we have a few including this one of motorcycles outside which features my Dad in the middle of the shot; 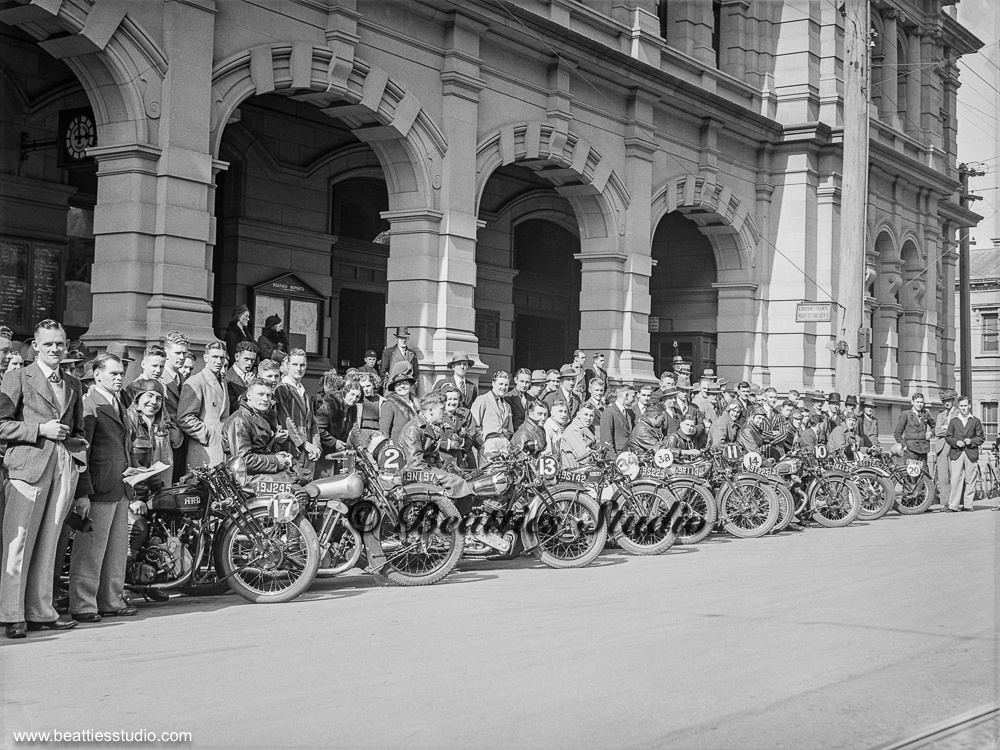